The science behind face mapping. 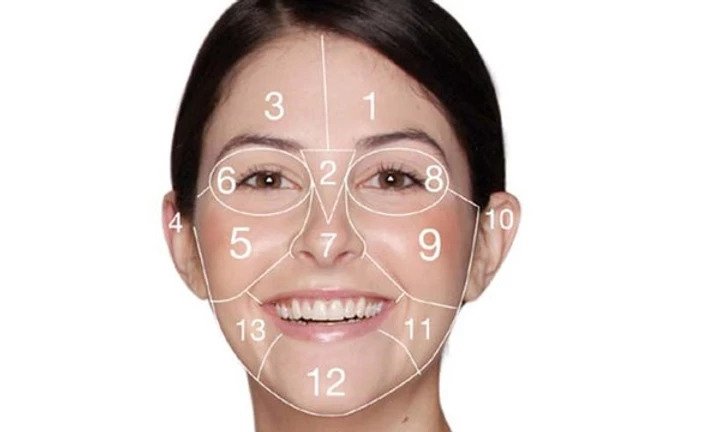 Do you ever wonder why those breakouts somehow always pop on the exact same spot on your face? Why every few weeks you get spots on the jawline again?

We love it don’t we – the idea that by looking at the complexion of the face we can gain the ability to see a reflection of the state of the body’s organs. It’s like reflexology, but for skin complaints and we’re told it dates back thousands of years in Chinese medicine.

Before we go into Face mapping lets consider Phrenology. Phrenology is a more recent (1800s) process that involves feeling the skull to determine an individual’s psychological attributes. As a phrenologist feels a skull, he uses his knowledge of the shapes of heads and organ positions to determine the overall psychological strengths and weaknesses of an individual. There was no clinical data to support Phrenology and even in the 1800s it was considered pseudoscience – a bump on our skull doesn’t mean we’re a genius or a potential rapist. Likewise, Physiognomy in the 19th century, was used as a basis for scientific racism without scientific basis.

These share a lot of parallels to Face Mapping.

Now there are conditions which show in other organs – liver damage causes jaundice in the eyes, hormonal changes make area’s with higher pore density more likely to have blocked pores or chronic inflammation may cause breakouts in areas where the skin barrier might be compromised for example but the ability to predict these changes with such certainty in small regions of the face simply is pseudoscience.

The human body is holistic – changes in one part do affect other parts but not in such a simple way we can map it all from a persons face.