The mechanism of acne

Einstein once said any fool can know, the point is to understand and this stands true for combating acne flare ups. This is the third of a series of posts explaining how acne forms through a series of domino like events. We call this cascade the acne forming chain. (confused? see our earlier posts) 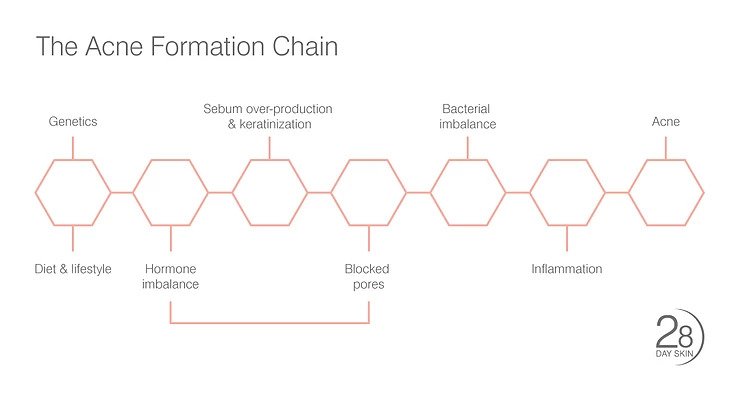 The mechanism of how acne forms is quite linear compared to its large number of potential triggers – fundamentally the process is driven by either inflammation or hormones or, more commonly, both. By creating a skin care routine which prevents these dominoes crashing down you can reduce acne flare ups. 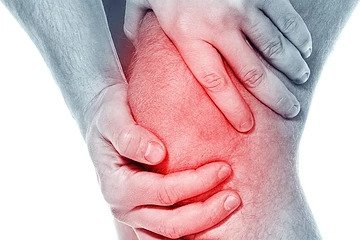 Inflammation is the body’s response to injury. It is our body’s way of getting our immune system to heal damaged tissue and fight off foreign invaders, such as viruses, fungi and bacteria. Whether its a large cut on our knee or a tiny pore infection the signs of inflammation are the same – pain, heat, redness, swelling, and, depending on severity, loss of function.

Inflammation is described as either acute or chronic. Acute inflammation occurs in response to a wound – I cut my knee and I get an inflammatory response. At the location of my knee the damaged tissues release chemicals known as cytokines. These act as “emergency flares” to signal my body’s immune cells and hormones to come to the rescue.

At the damage site my blood vessels dilate, my blood flow increases and white blood cells flood into the injured area to promote healing and kill pathogens like bacteria. Hormone-like substances (prostaglandins) help form blood clots to heal my poorly knee tissues, and trigger pain (to stop me hurting my knee again) and fever (to kill bacteria) as part of the healing process. As the knee heals, this acute inflammation slowly goes away.

For some people though this inflammatory process goes on for longer than necessary or occurs in places where it isn’t needed. These people suffer a steady, low-level of inflammation throughout the body which continuously over reacts when there is a perceived threat. This is called chronic inflammation.

Acne is a chronic inflammatory disease – an acne sufferers body is on constant alert to fight infection and any skin damage, however slight, will cause the immune system to go into overdrive.

Hormones are the second primary driver of the acne forming chain, especially for the most common type of acne – acne vulgaris. Hormones control many of our skins processes but with regards our skin its principally our androgen hormones that control our skin oil (sebum) production and how our skin sheds (a process called keratinization). Androgen hormones don’t act alone – they are controlled by other hormones – but to keep things simple we’ll just leave those for another blog post.

Inflammation and androgen hormones both have the ability to cause an abnormally rapid shedding of skin cells (called hyperkeratinization) in the gland which produces skin oil (the sebaceous gland) and in the uppermost section of the hair follicle, near the opening of our skin pores. To make matters worse these skin cells can also clump together in sheets rather than shedding normally on the surface of the skin (a process called retention hyperkeratosis). The result is an abundance of shedded clumps and sheets of skin inside a pore.

Our androgen hormones also control the production of sebum, and the chemical make up of that sebum. Sebum is a group of complex oils including linoleic acid and squalene which lubricate the skin to protect against friction and makes it more impervious to moisture.

An imbalance in our androgen hormones can result in both an over production of sebum and an altered sebum composition. A pilot study was conducted on nine 15-20 year old males demonstrated the subjects with acne had more (59%) sebum than the control subjects and over twice as much Squalene. Admittedly this is a very small study, but there are a number of supporting studies which indicate a similar effect is happening in the body. This altered sebum composition is prone to binding with shedded skin.

The abnormal shedding of the skin and an abundance of extra sticky sebum leads to the formation of clumps and sheets of skin cells which form a bung made up of layers of airtight seals(1) similar to a lasagna (called a microcomedone). A microcomedone can develop into larger structures, called comedones, or more commonly known as a whitehead (a closed comedone) or black head (an open comedone). Closed comedones cannot evacuate the lasagna like plug of cell debris which form a perfect environment for certain skin bacteria.

All of this can occur under the skin 8 weeks before being visible on the skin surface. 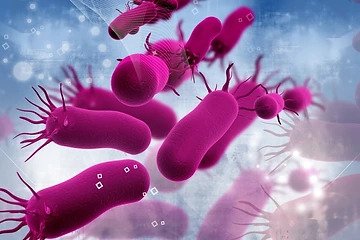 The layers of airtight seals trap the skins bacteria inside. Our skin is home to millions of bacteria which typically compete so as to reach a natural balance with each other. However, when a pore is blocked this balance quickly skews.

Despite popular belief some studies suggest acne not be caused by the presence of a specific strain of bacteria but it is the balance of bacteria on the skin plays a key role in acne development. That said of the cutaneous propionibacteria, P. acnes appears the most frequent cause of opportunistic infection and is linked to a wide range of seemingly disparate conditions including the skin diseases acne vulgaris. As you might tell just from these last two lines, science has yet to determine exactly how bacteria are linked to acne despite being linked over 50 years ago.

Whether a single strain is responsible or whether it is a combination of different strains it is agreed that bacteria devour the sebum and the skin walls and secrete a toxic waste – all of which causes the skin wall to rupture.

…and back to inflammation

The mechanism doesn’t always follow this path – acne is the result of inflammation and anything knocking over the inflammation domino can lead to acne in some people. Acne mechanica for example is principally a result of friction, heat and lack of exposure to air and acne cosmetica an inflammation response to a topically applied ingredient. However, acne vulgaris (blocked pores and bacteria) is by far the most common.

NEXT UP: How acne treatments work (and often don’t work) on the chain