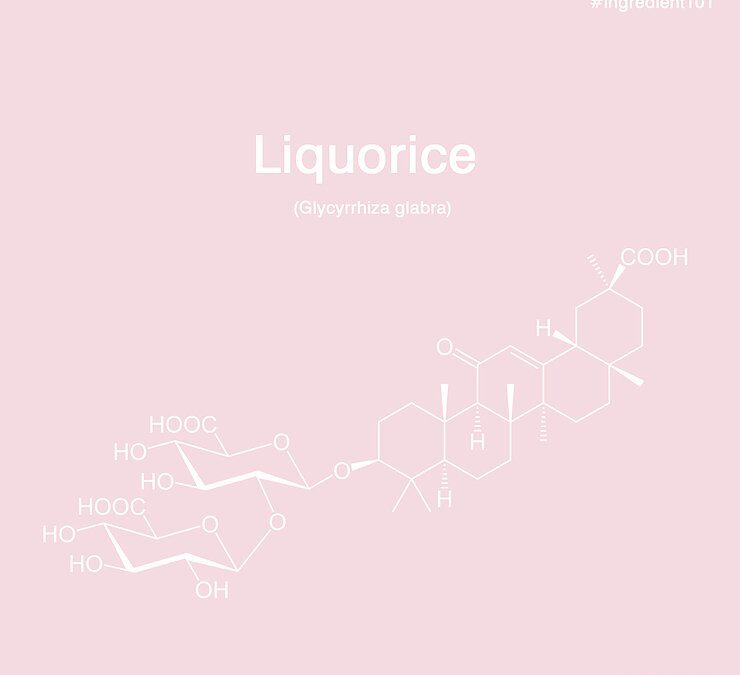 Liquorice is like Marmite. You either love it or you hate it. But that doesn’t matter because we’re not talking about eating it – we’re talking about putting it on your skin.

When Liquorice is added to formulas it can help control redness, flushing & other types of inflammation which makes it great for reducing the symptoms of breakouts & Rosacea .

Liquorice is so good at this in fact, its often chosen as an alternative to the benchmarks of reducing redness, hydroquinone and retinoids.

Why? both hydroquinone & retinoids have some serious (though often overstated) side effects & are irritating to the skin. It even can give azelaic acid a run for its money – something to consider if you suffer from Rosacea.

Liquorice contains two active ingredients – glabridin, which inhibits tyrosinase, (the enzyme that causes pigmentation) & glycyrrhetinic acid, which has mythical powers over a traumatized epidermis. Not only has it been credited with anti-inflammatory abilities, but it also demonstrates anti-allergic, anti-viral & antibacterial benefits.

Well you might if you want to minimize skin redness during breakouts or want to use actives which might otherwise cause irritation. We use Liquorice in our BHA exfoliating serum to help combat the irritation that can arise from Salicylic acid – it helps us combat breakouts without causing further irritation and inflammation (which would be hugely counterproductive).

So if you want to reduce skin redness – think about trying products which contain Liquorice.

Top tip: Liquorice extract can be found on an ingredients list under the name dipotassium glycyrrhizate – which is not obvious in the slightest.